History of the wheel through the ages

Did you know that the wheel was invented more than 5,000 years ago? It is uncertain exactly what culture invented the wheel, but it is believed to have been first used in the late Neolithic period (3500 B.C.) in ancient Mesopotamia primarily for spinning pottery.

It wasn't until around 300 years later that someone figured out it would be good to use on wheelbarrows and then chariots.

Since then, technological advancements have been made in the design of wheels, and stone has given way to wood, steel and aluminium since Roman technicians were probably filing numerous workman's comp claims for back injuries every time they had to change a stone wheel. 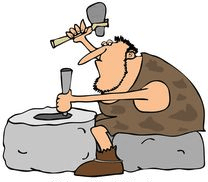